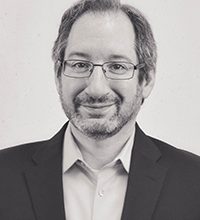 Neal Levine is a nationally recognized expert in both cannabis policy and ballot initiative/independent expenditure campaigns, and a leading national advocate for the cannabis industry. Neal co-founded and serves as the CEO of the Cannabis Trade Federation (CTF), which is a national coalition of cannabis-related businesses that represent all aspects of the industry including cultivators, dispensaries, wholesalers, distributors, and ancillary businesses.

Prior to forming CTF, Neal served as Senior Vice President of Government Affairs at LivWell Enlightened Health, one of the largest employers in the cannabis industry. In this role Neal led the company’s government affairs, public relations, community engagement, and philanthropic efforts.  Neal is also a founding board member and currently serves as Chairman for the New Federalism Fund (NFF). Neal was elected to the board of directors of the National Cannabis Industry Association in 2016 and served in that role until January of 2018.

While one of the cannabis industry’s leading federal lobbyists, Neal has also worked extensively on cannabis policy reform in the states. As a former department head at the Marijuana Policy Project, and later in both private practice and leading government affairs for one of the largest companies in the industry, Neal has worked to end cannabis prohibition and set up sensible industry regulations in over 20 states throughout the country – including leading or playing a key role on many of the teams that passed the state laws that created the industry.

Neal got his start in politics as a volunteer for one of the biggest upsets in modern American political history, Jesse Ventura’s victorious campaign for Governor of Minnesota in 1998.