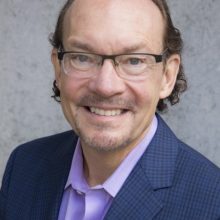 Neal Keny-Guyer is a social entrepreneur driven by the belief that a better future is possible.

Since 1994, Neal has served as Chief Executive Officer of the global humanitarian organization Mercy Corps. Under his leadership, Mercy Corps has grown into one of the most respected international relief and development agencies in the world, with ongoing operations in more than 40 countries, a staff of 5,000, and global revenue of over $450 million. Fast Company ranked Mercy Corps one of the most innovative social-change organizations in the world and New York Times columnist Nicholas Kristof calls Mercy Corps “a first-rate aid group.”

A native of Tennessee, Neal started his career working with at-risk youth in Washington, D.C. and Atlanta. After attending business school, he moved to Thailand to aid Cambodian refugees with CARE and UNICEF.

In 1982, Neal began his tenure with Save the Children, rising to become Director of Middle East, North Africa, and Europe. He designed and implemented high-impact relief and development programs in some of the most war-torn and politically sensitive regions in the world.

In 1990, Neal undertook his toughest assignment — as a stay-at-home father for his first child — while consulting businesses, foundations, and non-profit organizations on strategy and organizational development.

Neal holds a B.A. in Public Policy and Religion from Duke University, a master’s degree in Public and Private Management (M.P.P.M.) from Yale University, and an honorary Doctor of Humane Letters from Portland State University.

A former trustee of the Yale Corporation, Neal remains very involved with the University, serving on the Yale President’s Council on International Affairs and the Board of Advisers of the Yale School of Management (SOM). Neal is as a member of the Council on Foreign Relations and of the World Economic Forum’s Global Future Council on the Humanitarian System.

Neal lives in Portland, Oregon, with his wife, Alissa, an Oregon state representative. They have three adult children.