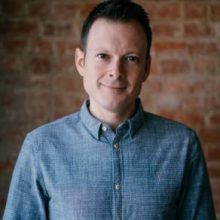 Nate serves as CEO of World Central Kitchen, where he works hand-in-hand with the non-profit’s founder, world renowned activist and humanitarian Chef José Andrés. Nate oversees all WCK operations, leading the organization’s emergency and disaster relief efforts, as well its long-term impact projects. He formally joined WCK after helping to create and lead the #ChefsForPuertoRico effort in the aftermath of Hurricane Maria that served nearly 4 million meals to people in need.

Prior to taking on the role of CEO at World Central Kitchen, Nate produced the HBO Documentary film “Baltimore Rising.” His career as a filmmaker has led him to produce, direct, shoot and edit projects in Somalia, Haiti, Colombia, Panama, Uganda, Kenya, Iraq, and Liberia. He has worked with a myriad of prestigious clients including UN Women, USAID, UNDP and the World Bank, along with smaller NGOs and startups.

In 2013, Nate was tapped by former president Bill Clinton to travel throughout Africa and document the president’s 8-country humanitarian tour. In 2015 he conceived and directed the documentary “Undiscovered Haiti” with chef José Andrés, a project that was co-produced with National Geographic and PBS.

Nate spent his early career as an entrepreneur in the technology and software industries. Before the age of 27, he had founded/co-founded three tech-based companies, including online publisher BetaNews, and digital B2B service provider Localist.com. Nate has also worked extensively with TED, curating and organizing events and conferences in locations including Doha and Washington, DC. He was named a “Change Hero” by the Bill and Melinda Gates Foundation for his work with TEDx around elevating voices in underserved communities.