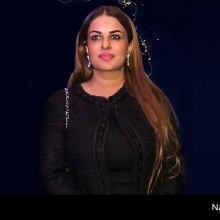 Namira Salim, is a Monaco based is a Pakistani explorer, future astronaut and artist. Being the only Pakistani member of Sir Richard Branson’s Virgin Galactic, the world’s first commercial space liner, she is widely known as the first future South Asian Space Tourist. Namira is the first Pakistani and first woman from Monaco to have reached the North Pole in April 2007 and the South Pole in January 2008. She also holds the distinction of being the first Asian to skydive (tandem) over Mount Everest during the historic First Everest Skydives 2008. Namira is based in the Principality of Monaco since 20 years and sprearheaded the establishment of diplomatic relations between Pakistan and Monaco in 2008. She served as the First Honourary Consul of Pakistan to Monaco from 2011-2013 and an Honourary Ambassador for Tourism for Pakistan from 2006-2007. As Founder & Executive Chairperson of Space Trust, she is a thought leader in making Space the New Frontier for Peace and advocating the First Peace Summit in Space by 2030 in support of the UN Sustainable Development Agenda.