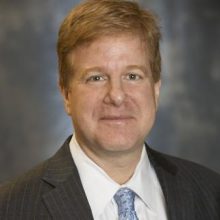 Myron Brilliant, executive vice president and head of International Affairs at the U.S. Chamber of Commerce, drives the global business strategy of the organization. He leads the largest international affairs team of any U.S. business association, representing the Chamber and its members before the U.S. government, foreign governments, and international business organizations. During his tenure as head of the international program, the Chamber has greatly expanded its global footprint with representatives in Beijing, Brasília, Tel Aviv, Istanbul, and Mexico City.

Brilliant’s responsibilities extend to management oversight of 14 bilateral business councils in countries as diverse as Brazil, Egypt, Japan, Korea, Colombia, Cuba, and the U.K. He has pioneered new high-level Chamber business strategic dialogues with business and government leaders in Mexico, China and Saudi Arabia. In addition, under his leadership, the Chamber has launched key regional programs such as the Israel Business Initiative and the Africa Business Center.

Over his career, Brilliant has directed and led a number of important advocacy campaigns for congressional passage of trade agreements including with Australia, Singapore, Colombia, Panama, and South Korea, as well as legislation to establish a level playing field for U.S. companies in Russia and China.

Brilliant serves on the board of the Atlantic Council, the U.S. Council for International Business, and the Center for International Private Enterprise. He is a member of the Council on Foreign Relations and the National Committee on United States-China Relations and serves as an economic development adviser to the governor of China’s Guangdong Province.

He is frequently quoted in the media on a broad range of issues relating to international business and trade policy and is a regular guest on CNBC, CNN, and other news programs. Previously, Brilliant was the Chamber’s vice president for Asia, where he significantly expanded the reach and impact of the organization’s Asia program. In January 2007, Washingtonian magazine dubbed Brilliant a key player in its “Who’s Who Guide” of influential leaders on U.S.-China economic policy.

Before joining the Chamber in 1994, Brilliant was an attorney with Stewart and Stewart in Washington, D.C. He received his J.D. from American University’s Washington College of Law and his B.A. in government and politics from the University of Maryland. He is married and has three children.