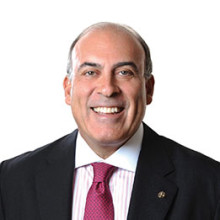 Mr. Kent joined The Coca-Cola Company in Atlanta in 1978, holding a variety of marketing and operations leadership positions over the course of his career. In 1985, he became General Manager of Coca-Cola Turkey and Central Asia. Beginning in 1989, he served as President of the Company’s East Central Europe Division and Senior Vice President of Coca-Cola International, with responsibility for 23 countries.

In 1995, Mr. Kent was named Managing Director of Coca-Cola Amatil-Europe, covering bottling operations in 12 countries. In 1999, he became President and CEO of the Efes Beverage Group, a diversified beverage company with Coca-Cola and beer operations across Southeast Europe, Turkey and Central Asia.

Mr. Kent returned to The Coca-Cola Company in 2005 as President and Chief Operating Officer of the Company’s North Asia, Eurasia and Middle East Group, an organization serving a broad and diverse region that included China, Japan and Russia. Less than a year later, he became President of Coca-Cola International, leading all of the Company’s operations outside North America.  In 2006, he was named President and Chief Operating Officer, and he became CEO in 2008.