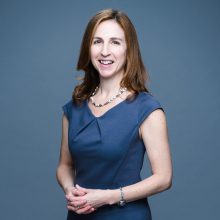 A firm believer that business, investment and social good are not mutually exclusive, Kristina was delighted to take on the inaugural executive director role at FAIRE, managing its unique position as a crossover between start-ups and philanthropy. After beginning her career in Canada in the financial services industry, a series of opportunities led Kristina to the charitable and social business world. Over the past eighteen years, she’s been helping consulting firms, charities, and innovative social impact companies develop new programs and/or service offers. Her focus over the last few years has included some diverse and rich projects like the development of a specialized fundraising offer geared to help smaller structures with capacity building, the merger of two French rural development charities, and the French launch of a US pro-social business that promoted volunteering among youth. In 2008, Kristina was brought in to oversee the restructuring of the family steel business, and was named vice-president in 2014.

A founding member of the Paris Professional Chapter of Net Impact, she was also co-president between 2009-2012.

Kristina holds a B.A. in Economics and French Literature from the University of Guelph, and an Executive M.B.A. from HEC Paris.