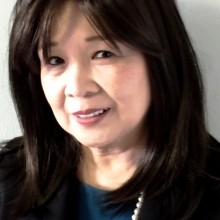 Ms. Pon is a native San Franciscan committed to social justice and equity. She brings seasoned tri-sector experience in public policy, grantmaking, digital equity, nonprofit management, community engagement, and local government, and has focused her work on bringing tools, resources and decision-making power to the underserved.

In the non-profit world, Pon served as CEO of Zeum (now the Children’s Creativity Museum), a next generation arts and tech museum; Interim Executive Director of the Asian Law Caucus; and Founding Executive Director of the Community Technology Policy Council. In the private sector, she held numerous management positions at telecommunications giant Pacific Telesis/SBC (now AT&T). As External Affairs director, she developed public policy and digital equity initiatives such as Voice Mail for the Homeless, Asian Pacific American Future Communities, and Women & Girls Tech Up! She also served previously as the Statewide Local Government Liaison to California cities and counties.

Pon has extensive civic and community service experience, including ten years as President/Commissioner on the San Francisco Civil Service Commission; and as board president of The Women’s Foundation, Asian Americans/Pacific Islanders in Philanthropy, and the API Women’s Leadership Institute. She previously served as Co-Chair of the San Francisco 49ers Community Advisory Panel and as a board member for organizations such as the National Broadband Resource Center (formerly Alliance for Public Technology), Leadership California, and Global Education for Women Executive Leaders Advisory Board. Pon is a graduate of the City’s renowned Lowell High School, and holds a master’s degree in Public Affairs/Public Relations and a bachelor’s in community health education. She is a former United Way Loaned Executive and a graduate of the Coro City Focus, Gallup Leadership Institute, Leadership California and Leadership America public affairs programs.