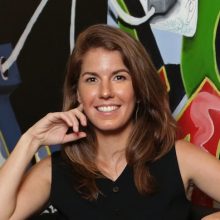 Elizabeth is the CEO and founder of BitPesa, a digital foreign exchange and payment platform for frontier markets. Founded in 2013, BitPesa was the first company to leverage digital currency to significantly lower the cost of making remittance and business payments to and from sub-Saharan Africa, as well as the first blockchain company to be licensed by the UK’s Financial Conduct Authority. BitPesa provides liquidity as a market-maker in every major African currency and facilitates payments into G20 currencies directly. Elizabeth expanded the company from Nairobi, Kenya to operations in 10 markets across Africa and Europe. Before founding BitPesa, Elizabeth was a rating analyst for microfinance institutions across sub-Saharan Africa, consulting for Grameen Foundation, Gates Foundation and the Acumen Fund, as well as working with regulators and policy-makers on legislation for financial innovations. Elizabeth sits on the Investment Committee for Bamboo Capital and is nominated as a Technology Pioneer for the World Economic Forum for 2018. She holds an M.A. in International Business and Finance from Columbia University.