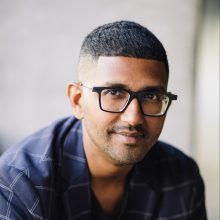 Vikrum Aiyer is the Deputy Director for the ACLU, where he oversees economic justice & gender justice campaigns in the National Political Advocacy Department. Previously, he was Vice President of Public Policy & Strategic Communications for the tech unicorn Postmates – managing legislative advocacy, external COVID-19 responses, corporate social responsibility, and electoral campaigns through it’s $2.6B acquisition by Uber. He led the company’s advocacy efforts on state, federal, and international matters ranging from privacy & tax, to the future of work & the gig-economy.

Aiyer was also a senior appointee in the Obama Administration serving as Senior Policy Advisor in The White House for innovation & manufacturing policy, and as the Chief of Staff to the Under Secretary of Commerce for Intellectual Property.
In these capacities, he served as the principal political and policy advisor to the undersecretary of commerce and coordinated a $3.2B budget, in support of 13,000 employees, to execute the daily operations, priorities, and global communications of President Obama’s intellectual property & STEM agenda. In 2016 Aiyer led a U.S. delegation to Cuba to reset relations between the two nations patent offices, and served on Vice President Biden’s Cancer Moonshot Taskforce, to accelerate progress towards a cure by fast tracking immunology patenting. Aiyer also helped steer investments in several advanced manufacturing technologies including smart fabrics, autonomous vehicles, high performance computing, and next generation semiconductors.

He has also served on the communications team of Senator Ed Markey (D-MA); Mayor Adrian Fenty (D-Washington, D.C.); and the Democratic National Conventions in 2012 and 2016. In 2015, Forbes Magazine named Aiyer to the 30 Under 30 list for Law & Policy. In 2017 Aiyer was named a Public Policy Fellow at the University of Pennsylvania’s Wharton School of Business. And in 2021, the San Francisco Business Times named him to their annual 40 under 40 list.

Aiyer currently lives in San Francisco, California where he serves on the boards for the new leaders council of the San Francisco Symphony; the Center on Health & Democracy; and is a Term Member for the Council on Foreign Relations.