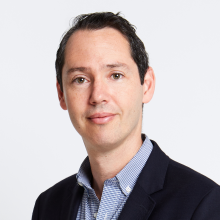 Ron is the Founding Partner of Venture Kinetics, an impact venture capital that invest exclusively in technology-led companies that address gaps in the delivery of primary products and services previously excluded population. For the past 15 years, Ron became a veteran principal investor and entrepreneur working at the intersection of innovation, blended capital, and impact. Ron and his work had received awards and recognitions from the Financial Times, World Bank, UK Department For International Development, Ashden Awards and Secretary of State John Kerry among others. Ron was selected as a Rising Star Investor at the SuperReturn Series and was awarded permanent residency by the US State Department for his “extraordinary abilities in the field of impact investing”. His commentary on investing-related issues in the impact technologies sector has appeared in outlets such as Wall Street Journal, Bloomberg, and the African Development Bank.

In his previous capacities, Ron served the first appointed economic representative to the Board of the World Bank Group by the Government of Israel, an advisor on innovative financing to global 500 companies and a mentor to Israeli-Palestinian startups. Ron also serves on the Board of Advisors of Tel Aviv University Global Grand Challenge Innovation.

Ron received Executive Education at Harvard Business School focused on strategy in emerging markets. He earned his MBA from Georgetown University and his bachelor’s degree from the Hebrew University of Jerusalem.