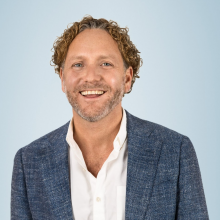 Mike Masserman is currently the Head of Global Policy & Social Impact at Lyft, where he works on initiatives related to civic engagement, autonomous vehicles, opening global markets, and smart cities. Michael was previously the Senior Director for Federal & International Government Relations where he built out Lyft’s Federal and Policy Partnerships teams. Prior to Lyft, Michael held a number of senior positions in the Obama Administration, and worked in various capacities on Obama’s 2008 campaign. He began his career practicing international corporate law at Simpson Thacher & Bartlett in New York, and then at King Wood & Mallesons in Sydney, Australia. He received his B.A. with distinction from the University of Michigan, his J.D. cum laude from University of California, Hastings College of the Law, and is a National Security Fellow with the Truman National Security Project.