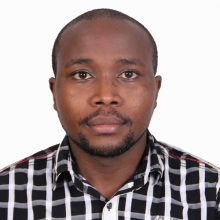 Evans Wadongo is a Co-founder & CEO at GreenWize Energy, which is advancing cutting-edge African-designed renewable energy solutions in Sub Saharan Africa. He is also the founder of Sustainable Development For All, an organization that has helped lift thousands of mostly rural people out of poverty. Mr. Wadongo is also the founding partner of Wadson Ventures, an angel impact investment firm working with promising African start-ups. At 19, he designed the first-ever African designed solar lamp, dubbed MwangaBora®. Evans has received several global awards including CNN Hero, Outstanding Social Entrepreneur in Africa, Pan Commonwealth Youth Award for excellence in Development, and the Mikhail Gorbachev Award for Man Who Changed the World. He has also been named among Africa’s ’30 under 30’ best young entrepreneurs by Forbes, listed among top 35 innovators under 35 by MIT Technology Review, and named among 20 Men who will shape the next 20 years by UK’s Esquire magazine. Wadongo grew up in a rural village in western Kenya before earning a BSc. (Honors) in Electronic and Computer Engineering from Jomo Kenyatta University of Agriculture and Technology.