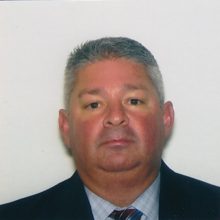 Mr. Hadrick currently serves as a Program Manager for Conventional Weapons Destruction (CWD) programs in the U.S. Department of State, Bureau of Political-Military Affairs, Office of Weapons Removal and Abatement (PM/WRA). As a CWD subject matter expert, Mr. Hadrick has broad responsibilities for program planning, implementation, monitoring, evaluation, and integration of a complex portfolio of bilateral programs in Angola, Democratic Republic of the Congo and Zimbabwe and multilateral and regional programs in Kenya, Rwanda, Uganda and Tanzania.

From 2012 to 2014, Mr. Hadrick served as Acting Deputy Director for Programs in PM/WRA responsible for an annual $150 million foreign assistance appropriation. He managed the “cradle-to-grave” program “life cycle” of over 200 CWD projects worth an estimated $250 million.

Mr. Hadrick began his service in the Department in 1994 with the Office of Overseas Acquisitions as a Contract Specialist responsible for Political-Military contingency contracting operations. In 1998, he transferred to the Office of Humanitarian Demining Programs (PM/WRA’s predecessor).

During his career with the Department, Mr. Hadrick has received numerous individual and group Superior and Meritorious Honor awards. In 2009, he received the Bureau of Political-Military Affairs, Officer of the Year award.

Mr. Hadrick, a native of California is married, has one adult son and one granddaughter.