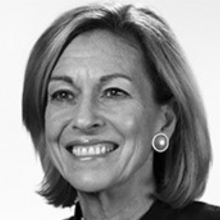 Micho leads the firm’s Global Corporate Practice, as well as the New England region for Weber Shandwick. Her practice focuses on enabling corporate clients to use communications to support their business strategies, enhance and protect their reputation, and respond to public policy challenges. During her tenure at Weber Shandwick, Micho has counseled clients across industries on a wide range of reputational issues, including CEO succession, crisis, mergers and acquisitions, litigation and regulatory matters, and corporate responsibility. Her current clients include Aetna, Bank of America, Houghton Mifflin Harcourt, Liberty Mutual, and Massachusetts Institute of Technology (MIT).

Micho brings extensive experience as a senior manager in both the public and private sectors to her work as a communications strategist. Her experience includes six years as CEO of Boston Telecommunications Company and four years as Deputy Mayor of Boston. She also served as Chief of Staff to Boston Mayor Kevin H. White after four years of service in New York City government.

As a government, civic, and business leader, Micho has helped shape public debate on numerous issues in Boston and beyond. She has managed many political and advocacy campaigns and is a frequent independent media commentator. On multiple occasions she has been named one of the “20 Most Powerful Women in Boston” by Boston Magazine. In 2014 Micho was named to the Boston Business Journal Power 50 list and, under her leadership, in 2015 Weber Shandwick ranked first on the Top 100 Women-Led Businesses in Massachusetts by The Boston Globe Magazine and The Commonwealth Institute.

Micho is Vice Chair of the Greater Boston Chamber of Commerce and holds numerous board memberships, including NBH Holdings Corp, the John F. Kennedy Library Foundation, the Caribbean Educational and Baseball Foundation, and the Massachusetts Women’s Forum, of which she is a past President.

Micho was inducted as a Legend into the Ad Club’s Hall of Fame and recognized as a Distinguished Bostonian by the Boston Chamber of Commerce. In 2016 she was awarded an honorary Doctorate of Humane Letters from Salem State University as a Global Influencer and Communications Strategist. In addition, Micho received the International Women’s Forum Women Who Make a Difference Award, a Lifetime Achievement Award from the Greater Boston Chamber of Commerce’s Women’s Network, the Women Who Give award by the Women’s Lunch Place, the Give Liberty a Hand honor by the Massachusetts Immigration & Refugee Advocacy Coalition (MIRA), the Jorge Hernandez Corporate Leadership Award, and the Order of Isabel La Catolica Award presented by King Juan Carlos of Spain.

Micho attended Georgetown and Columbia Universities and received an MPA from Harvard’s Kennedy School of Government. Born in Havana, Micho is actively involved in current efforts to improve US-Cuba relations and chairs Friends of Caritas Cubana, a non-profit providing humanitarian services in Cuba.