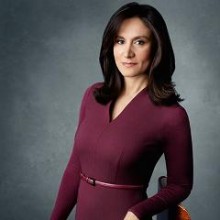 Michelle Caruso-Cabrera is CNBC’s chief international correspondent and co-anchor of “Power Lunch,” which airs Monday through Friday from 1 to 3pm ET.

In 2016, she reported live from Iran on the state of the economy and potential investment opportunities in the country, despite continuing U.S. sanctions. Caruso-Cabrera also traveled to Brazil to cover the effect of the Car Wash scandal on Petrobras.

Latin America is a large focus of her coverage as trade has become a key election issue, particularly when it comes to Mexico. Previously, Caruso-Cabrera has done extensive reporting on Mexico’s efforts to modernize PEMEX and has interviewed dozens of Mexican business executives, CEOs and government officials. She also covered Venezuela during the PDVSA strike.

Additionally, she has reported from Cuba more than half a dozen times as relations between the U.S. and Cuba have thawed.

Since 2010, she has covered the European financial crisis, reporting live from Athens, Rome, Frankfurt, Madrid, Brussels, Luxembourg and Cyprus. In the summer of 2015, she spent a full month in Greece.

Caruso-Cabrera joined CNBC in 1998 from WTSP-TV in St. Petersburg, Fla., where she spent four years as a general assignment reporter covering crime and hurricanes. Prior to that, she was a special projects producer for Univision where she gained experience covering Latin America. She began her career in 1990 while in college, as a stringer for The New York Times, reporting for the education section.

Caruso-Cabrera has reported one-hour documentaries for the network, including “Liquid Assets: The Big Business of Water” and “The Race to Rebuild: America’s Infrastructure.”

She has also been awarded Broadcaster of the Year from the National Association of Hispanic Journalists and was named one of the “100 Most Influential Hispanics” in the country by Hispanic Businessmagazine. She earned a bachelor’s degree in economics from Wellesley College.