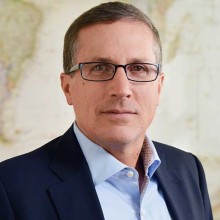 Michael J. Nyenhuis joined UNICEF USA starting March 30, 2020 and leads a team of 300 employees across nine regional offices in the United States. As a leading fundraising committee for UNICEF, UNICEF USA has raised more than $7.7 billion in donations and gifts-in-kind to support UNICEF’s work for every child since 1947. In fiscal year 2018, the organization raised a record-setting total of over $597 million, garnering support from 500,000 individuals, 10,000 corporations, foundations, NGOS and over 800 schools. Through fundraising, advocacy and education, UNICEF USA supports UNICEF’s lifesaving work and empowers Americans to take action on issues that impact children worldwide.

As Americares President and CEO from 2014-2020, Michael J. Nyenhuis led a global health and emergency response organization increasing access to care in more than 90 countries. He oversaw an annual budget of approximately $500 million and had oversight of the Americares offices in the U.S., El Salvador, India, Liberia, Nepal, Sierra Leone, Tanzania and the Philippines, as well as a network of free health clinics in the organization’s home state of Connecticut.

A global health professional with 20 years of experience, Nyenhuis previously served as the president and chief executive officer of MAP International. He holds a Bachelor of Arts from the University of Wisconsin – Green Bay and a Master of Business Administration from Emory University.