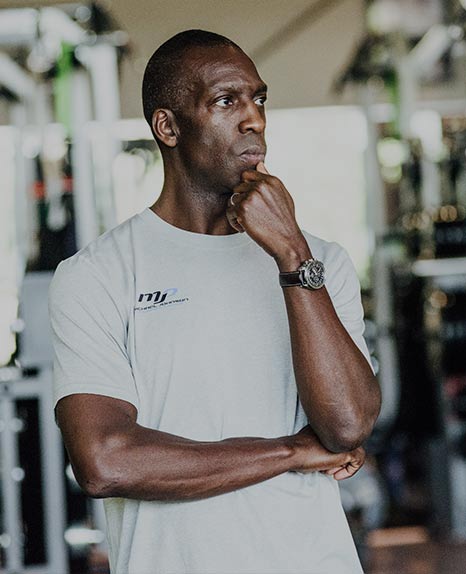 Michael Johnson is nothing short of a legend. Michael was a part of the USA Olympic team in Barcelona in 1992, Atlanta in 1996, and Sydney in 2000. He established a record of 13 Olympic and World Championship gold medals during his 11-year career.

Michael Johnson founded Michael Johnson Performance® in 2007 with a passion to help athletes of all ages, in any sport, reach their full potential. Every MJP program uses the same fundamentals and techniques that brought Michael record-breaking success.

Michael is renowned for his incredible focus and work ethic, and brings that same dedication to his role as president at MJP. He has a passion to help athletes and enable them to have the same opportunities he had, so they can become their best self. Since his retirement as an athlete, Michael Johnson has also established himself as a motivational speaker and sports commentator.