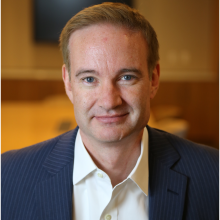 Dr. Michael Carpenter is the Managing Director of the Penn Biden Center for Diplomacy and Global Engagement. He is also a nonresident Senior Fellow at the Atlantic Council and serves on the board of directors of the Jamestown Foundation and on the advisory board of Lithuania’s National Defense Foundation. Dr. Carpenter served in the Pentagon as Deputy Assistant Secretary of Defense with responsibility for Russia, Eastern Europe, and Conventional Arms Control. Before that, he served in the White House as a foreign policy advisor to Vice President Joe Biden and Director for Russia at the National Security Council. Dr. Carpenter also served as a career Foreign Service Officer with the State Department for 12 years. He holds a Bachelor’s degree in International Relations from Stanford University a Master’s and Ph.D. in Political Science from the University of California at Berkeley. He appears regularly as a commentator on foreign affairs for BBC, MSNBC, CNN, and Voice of America.