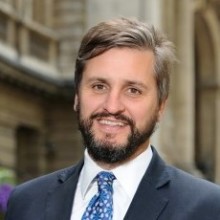 Mr. Berkowitz joined the Rockefeller Foundation in August 2013 to shape and oversee the 100 Resilient Cities, a project pioneered by the foundation. Previously, he was the Global Head of Operational Risk Management (ORM) at Deutsche Bank. In that capacity, he oversaw the firm’s operational-risk capital-planning efforts, served as a primary regulatory contact, and connected the myriad operational risk management efforts groupwide. Earlier at Deutsche Bank held operational risk management positions in New York, Mumbai, Singapore and London. Before joining Deutsche Bank, he was Deputy Commissioner at the Office of Emergency Management in New York City, where he worked on major planning initiatives, including coastal-storm, biological-terrorism, and transit-strike contingency plans. During his tenure there he was involved with the City’s responses to the 1999 outbreak of West Nile fever, Tropical Storm Floyd, major flooding in Southern Queens (1999), the crashes of SwissAir 111 and American Airlines 587, the 2003 Northeast blackout, and the 2001 anthrax incidents and World Trade Center disaster.