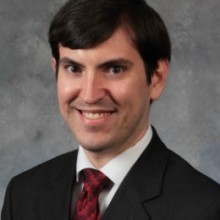 Micah Walter-Range is the Director of Research and Analysis for the Space Foundation, where he has worked since 2006. He oversees development of all Space Foundation research products, and has authored papers on topics such as export controls and the role of space technology in aviation. Walter-Range is an expert on the global space economy and has been quoted by The Wall Street Journal, Financial Times, NPR, Space News, ABC News, Bloomberg, Entrepreneur, The Economist, and many other media outlets. He graduated from Swarthmore College, Pennsylvania, with a B.A. degree in astronomy and political science, and he earned an M.A. in international science and technology policy, with a concentration in space policy, from George Washington University, Washington, D.C.