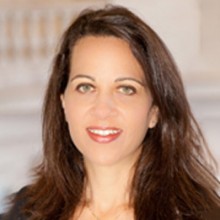 Melanie also has served as HIAS’ Senior Director, Policy & Advocacy and, previously, as Migration Policy Counsel and Director of the Employment Visa Program, representing at-risk Jewish professionals and religious workers seeking to work in the U.S. during times of instability and crisis in their home countries.

Before joining HIAS, Melanie was the Immigration Policy Director for the organization now known as US Committee for Refugees and Immigrants (USCRI), where—in addition to conducting advocacy on immigration and asylum issues—she was co-editor of Refugee Reports and a writer for the annual World Refugee Survey. Prior to her work in Washington, Melanie was in private practice in Miami, Florida, where she specialized in immigration law and criminal defense.

Melanie obtained her law degree from Boston College Law School and her undergraduate degree from the University of Michigan, Ann Arbor.