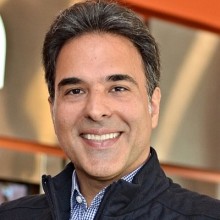 It’s worth noting that Hayek is an Executive Board Member of the “International Advertising Association – IAA” UAE Chapter (June 2014 -2016); a Board Member of “INJAZ Al-Arab” (since June 2012); and a Member of the UAE Official Committee of the “Arab Reading Challenge” (Sept. 2015).

Prior to joining MBC Group, Hayek was the Managing Director of Manning Selvage & Lee Public Relations (“MS&L/Dubai”), an entity of the Leo Burnett Group MENA (part of “Publicis Groupe”). During his tenure, Hayek oversaw the Agency’s delivery of PR counsel to a wide range of industry-leading clients and led MS&L’s regional office, overseeing a strong team of PR consultants.   Holder of a Bachelor of Arts (BA) degree in Political Science and Public Administration from the Université Saint-Joseph (USJ), Beirut-Lebanon, Mazen Hayek is a former Master of Arts (MA) student in Political Studies at the American University of Beirut (AUB); and Université de Paris-I Panthéon-Sorbonne.  In June 2013, Hayek successfully completed the «High Potentials Leadership Program» (“HPLP”) at Harvard Business School (HBS), Boston – Massachusetts.