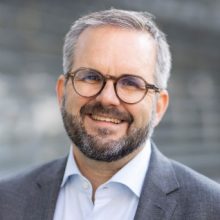 Matthias Berninger was born in Kassel, Germany where he studied chemistry and political science from 1990 to 1994.

Between 1994 and 2007, Matthias Berninger was elected four times as a Member of the German Federal Parliament representing the Green Party of his home state Hessen and served in several committees (Education, Science and Technology, Budget, Economic Affairs). From 2001 to 2005, he was appointed as Vice-Minister for the Federal Ministry of Consumer Protection, Nutrition and Agriculture. The main focus of his time in government was on agricultural reform in Germany and Europe including trade policy, food safety and renewable energy.

From 2004 to 2007, he was leading the Green Party in Hessen, Germany. Matthias was involved in running political campaigns for his party on various elections federal and state level.

After 13 years in politics, Matthias retired in 2007 from his seat in the Federal Parliament and joined Mars in Europe to build a public affairs team and to globally facilitate the development of the Mars Health and Nutrition Strategy. In April 2008, Matthias moved into the role of Global Head of Public Policy for Mars Incorporated. In addition to his work on health and nutrition, he led a global team to develop a cocoa sustainability strategy for the corporation.

As of 2011, Matthias led the global public affairs organization for Mars globally. In his role, he was instrumental in developing the Mars sustainability strategy including the leadership on climate change, cocoa sustainability, and in establishing sustainability KPIs for the companies’ leadership circle. Matthias worked closely with the Mars family and board on many issues and supported Mars’ business strategy development including leading the privately held company’s China ambition.

After 12 years with Mars, Matthias joined Bayer in January 2019 as Senior Vice President for Public Affairs & Sustainability. In his new role, he has strengthened Bayer’s global public affairs practice and leads the development of a coherent global sustainability strategy that has been be published in December 2019.

He lives with his wife and children in Washington, D.C and is a dual citizen holding a U.S. and German passport.