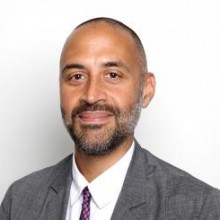 As Deputy Mayor for Social Integration, Social Mobility and Community Engagement, Matthew ensures that social mobility is central to the Mayor’s programmes. He leads the promotion of active citizenship across London and makes sure City Hall uses the best methods for measuring levels of social integration.

Alongside his legal work, Matthew has a longstanding professional and personal interest in social justice, social mobility and community engagement. He has sat on a number of influential panels and working parties assessing reform of the criminal justice system, including the current ‘Lammy Review’ on Black, Asian and Minority Ethnic (BAME) representation in the criminal justice system commissioned by the Prime Minister.

He’s been Chair of the UK’s Black Cultural Archive, a governor of the University of the Arts in London, a national ‘Reach Role Model’ and has regularly been named as one of the most influential persons of African-Caribbean heritage in the UK by the annual ‘Powerlist’. A firm believer in the transformative value of sports and the arts to young people, Matthew created and ran an annual charity basketball tournament in Brixton to help young British players progress on to college scholarships in America. Matthew writes regularly for national newspapers on social policy and cultural issues.

Matthew became a barrister in 1992, specialising in complex crime, criminal related civil work, media and data law. He’s represented clients in some very high-profile cases, including the families of Stephen Lawrence and Ian Tomlinson. He has argued cases before the UK Supreme Court, European Court of Human Rights and International Criminal Court. In 2010 he was appointed Queen’s Counsel.

Matthew grew up in London, the son of a Jamaican mother and English father. He attended his local comprehensive before studying law at Cambridge University and Columbia University in New York.