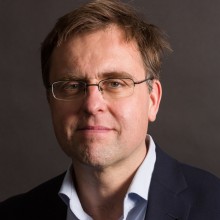 Matthew Kaminski is the executive editor of POLITICO’s European edition, which was launched in April 2015.

Prior to joining POLITICO in January 2015, Matt was a member of the Wall Street Journal’s editorial board in New York. He wrote editorials, opinion columns and features, mainly on international affairs. For the previous 15 years, Matt worked as journalist throughout Europe, starting as a stringer in Kiev for the Financial Times and the Economist in 1994, writing stories from throughout the former Soviet Union. He joined the Journal in 1997 in its Brussels bureau. He covered Central Europe, the EU and trans-Atlantic security issues, and in 2002 moved to Paris to edit the editorial pages of the Journal’s European edition.

He was awarded an Overseas Press Club prize in 2015 for his coverage of the Ukraine crisis. He was also a finalist for the Pulitzer Prize in Commentary that year. The German Marshall Fund in 2004 awarded him its Peter Weitz prize for excellence in reporting on European affairs.

Born in 1971 in Poland, Matthew Kaminski emigrated to the United States in 1980 and grew up in Washington, D.C. He earned his bachelor’s degree in history from Yale College and a master’s in international politics from the Centre Européen de Recherches Internationales et Stratégiques at the Free University of Brussels.

He lives in Brussels with his wife, Alexandra Geneste, and their two children.