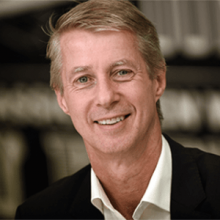 Mats Granryd is Director General of the GSMA and a Member of its Board. In this role, he leads the GSMA in supporting its global membership through a range of industry programmes, advocacy initiatives and industry-convening events.

Mats is a strong proponent of sustainability and led the mobile industry in becoming the first sector to broadly commit to the United Nations Sustainable Development Goals (SDGs) in 2016. He is now spearheading initiatives to amplify and accelerate the mobile industry’s impact on all 17 of the SDGs, across both developed and developing markets.

Mats serves on the Broadband Commission for Sustainable Development, which is focused on leveraging ICT and broadband-based technologies for sustainable development. Within the Commission, he chairs the Working Group on Digital Gender Divide to address the digital gender divide and foster the equal inclusion of women and girls in broadband access and use. Mats is a leader with The B Team, a not-for-profit initiative formed by a global group of business leaders to catalyse a better way of doing business, for the wellbeing of people and the planet. From 2016 to 2018, Mats was also a Commissioner on the Business & Sustainable Development Commission, working with CEOs across many industries to make a powerful business case for achieving a sustainable, inclusive economy.

Mats brings to the GSMA a wealth of experience and a proven track record of success in the highly dynamic mobile industry. Prior to joining the GSMA in 2016, Mats was President and CEO of Tele2, one of Europe’s fastest-growing telecom operators with more than 16 million customers across nine countries.

Previously, he spent 15 years in a variety of roles at Ericsson, most recently as Head of Northern Europe and Central Asia. While at Ericsson, he also led the North West Europe, India, CDMA and North Africa units, as well as the global customer accounts for Vodafone and Bharti.

Mats holds a M.Sc. from the Royal Institute of Technology in Stockholm.