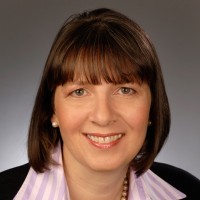 Martina Hund-Mejean is chief financial officer for Mastercard. In this position, she is responsible for corporate controller, tax, internal audit, investor relations, strategy, mergers and acquisitions, financial planning and analysis, treasury, risk management, global supply chain, business unit finance and regional finance activities. Ms. Hund-Mejean also sits on the company’s Management Committee. Prior to joining Mastercard in 2007, Ms. Hund-Mejean served as senior vice president and treasurer of Tyco International Ltd. She joined Tyco in 2002 as part of its “new” management with responsibility for all areas of treasury, mergers, acquisitions, and divestitures. During her tenure with Tyco, she executed $6 billion in financings in order to address Tyco’s 2002/2003 liquidity crisis. She also revamped the company’s capital structure, including debt reduction and share repurchase programs; introduced a new banking infrastructure; implemented revised risk management processes; and was instrumental in streamlining Tyco’s business portfolio, including the 2007 separation of Tyco’s Healthcare and Electronics businesses. Prior to Tyco, she was senior vice president and treasurer of Lucent Technologies Inc. (now Alcatel-Lucent). In this position, her responsibilities included capital markets, corporate finance, banking, credit and risk management, and investor relations. From 1988 to 2000, Ms. Hund-Mejean held a series of finance positions of increasing responsibility at General Motors Corporation, both in the United States and the United Kingdom, including the assistant treasurer post. She began her corporate career as a credit analyst at Dow Chemical in Frankfurt, Germany. Ms. Hund-Mejean has been named one of the “100 Most Influential People in Finance” by Treasury & Risk Management magazine three times, one of the “Most Powerful Women in Finance” by American Banker magazine for three consecutive years, and was also named “Woman of the Year – Private Sector” by the Financial Women’s Association. She is a member of the Board of Directors of Prudential Financial, Inc., a member of the Board of Trustees of The University of Virginia, Darden School Foundation and a member of the Board of Directors of the German American Chamber of Commerce-New York. Ms. Hund-Mejean received a master’s degree in economics from the University of Freiburg, Germany, and a Master of Business Administration from the Darden Graduate School of Business at the University of Virginia