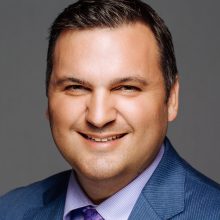 Marty Obst founded MO Strategies in 2010, an Indianapolis political and business consulting firm. Obst currently serves as Senior Political Advisor to Vice President Mike Pence, as well as Senior Advisor to the newly formed 501c4, America First Policies, with the mission of promoting the White House agenda. In addition, Obst is the Executive Director of the Great America Committee. Obst has worked at the highest levels of national and Indiana state politics, distinguishing himself in the areas of campaign management and campaign fundraising.

During the 2016 election cycle, he first served as Campaign Manager for then Governor Mike Pence’s re-election effort. As one of the most competitive Governor races in the country, Marty was responsible for day to day operations, overall campaign planning and coordination, as well as major donor fundraising. When Governor Pence was tapped to be Donald Trump’s running mate, Obst became Campaign Manager and Director of Operations for the Vice President’s Campaign, overseeing planning, execution, and fundraising for the Vice Presidential candidate.

Most recently, Obst was named Deputy CEO of the 58th Presidential Inaugural Committee, overseeing fundraising, friends and family coordination, and all aspects of inaugural week activities involving the Vice President-elect. Under his leadership, the 58th Inaugural shattered all fundraising records by raising over $100 million.

Before serving as Campaign Manager, Obst served in various political and fundraising capacities for numerous clients, including the Republican Governors Association, National Republican Congressional Committee, Boehner for Speaker, and the Indiana Republican Party.