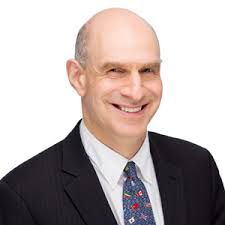 Mark Feierstein is a Senior Advisor with ASG’s Americas practice, where he advises clients on entry and growth strategies throughout the region.

Most recently, Mr. Feierstein served at the White House as Special Assistant to the President and Senior Director for Western Hemisphere Affairs on the National Security Council. In this role, he helped implement President Obama’s normalization policy toward Cuba and orchestrate the President’s historic trips to Cuba and Argentina, coordinated the increase in U.S. assistance to Central America, developed the Peace Colombia initiative, and led other efforts to deepen U.S. relations across the Western Hemisphere.

Mr. Feierstein also worked at the U.S. Agency for International Development (USAID) as Acting Deputy to the Administrator in the 9,000-person, $20 billion organization and Assistant Administrator for Latin America and the Caribbean. Previously, in the Clinton administration, he served at the State Department as Special Assistant to the U.S. Ambassador to the Organization of American States and at USAID as a senior advisor for elections.

Outside of government, Mr. Feierstein was a principal at Greenberg Quinlan Rosner, an international political consulting firm, where he conducted public opinion research and designed communications strategies for political candidates and multinational companies. He also served at the National Democratic Institute as director for Latin America and the Caribbean.

Earlier in his career, Mr. Feierstein was a reporter for the Mexico City News. He has been published in numerous newspapers and journals on U.S. foreign policy, Latin American politics, and baseball.

Mr. Feierstein also serves as a senior adviser to GBAO, a public opinion research firm. He is a frequent guest on English- and Spanish-language television and radio programs in the United States and abroad, including BBC, CNN, NBC, Univision, and National Public Radio. He has also been quoted by outlets including The New York Times, The Washington Post, The Miami Herald, and POLITICO.