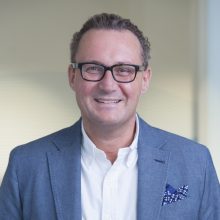 He is one of the foremost global experts on healthcare systems and has a pioneering and inspiring global vision for health in both the developed and developing world. Mark has dedicated his entire professional life to healthcare and has led organizations at local, regional, national and global levels – provider and payer, public and private. Over the past 9 years, he has worked in 77 countries on circa. 300 occasions, gaining a unique first-hand experience.

Mark was appointed Chief Executive of University Hospitals Birmingham in 2000. He masterminded the largest new hospital build in NHS history, established the Royal Centre for Defence Medicine and developed one of the highest performing healthcare organizations in the UK.

He went on to run the NHS region from Oxford to the Isle of Wight before joining the NHS Management Board as a Director-General at the Department of Health, where he developed High-Quality Care for All with Lord Darzi. He joined KPMG as Global Chairman and Senior Partner for Health in 2009 and has established a successful worldwide health practice.

Between 2014 and 2018, Mark sat as a member of the Global Agenda Council on the Future of the Health Sector for the World Economic Forum and sits on the Advisory Board of the China Center for Health Development at Peking University. He is also an Honorary Professor at Taishan Medical University School, Shandong Province and holds honorary doctorates from Birmingham City University and the University of Wolverhampton.

Mark is the author of “In Search of the Perfect Health System”, published by Palgrave Macmillian. The book has sold in over 109 countries, including translations into Mandarin, Korean and Portuguese, and was recognized by Chinese Medical Doctors Association as best health book in China in 2017, and in the UK by the British Medical Association, 2016. Mark’s new book, “Human: solving the global workforce crisis in healthcare” was published by Oxford University Press in March 2019.

Mark has been a Non-Executive Director at Dr. Foster, a trustee of the British Pregnancy Advisory Service and a Board member of Prostate Cancer UK. He survived prostate cancer at the age of 42 and has donated all royalties from the sale of this book to Prostate Cancer UK.