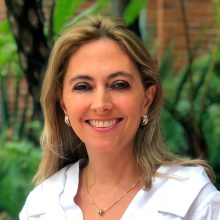 Mrs. Suarez is a senior consultant of the International Venture Philanthropy Center -IVPC-, with the purpose of promoting the potential establishment of a Latin American Venture Philanthropy, after the success that similar networks created in Europe – EVPA-, Asia -AVPN- and recently in Africa.

Mrs. Suarez has strong and diverse skills in the fields of philanthropy, and throughout her career, she has played a strategic role in promoting social change aimed at achieving impact in society, by knowledge sharing and building effective partnerships among Colombia’s leading foundations and other public, private, and international actors. She has been working with the social sector since 2006

She was the CEO of the Association of Family and Corporate Foundations -AFE Colombia- since its creation in March 2008 until June 2018; an entity that started with nine entities and as for June 30, 2018, gathered 75 recognised foundations around the country. During these years, she managed to position the AFE as a leading entity and point of reference in philanthropic and social issues, projecting its reach to international borders, where it contributed to achieving greater synergies and alliances to carry out projects with greater social impact, and influencing public policy to promote social transformations through the collective work.

In addition, Mrs. Suarez is a member of the board of WINGS –Worldwide Initiatives for Grantmaker Support-; as well as member of the Council of Iberoamerican Meetings of the Civil Society and member of the Editorial Committee of the Alliance Magazine.

Mrs. Suarez is a lawyer with an LLM in International Trade Law.