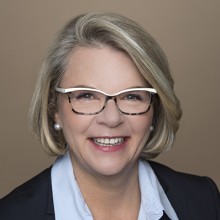 Margaret Spellings took office as president of the 17-campus University of North Carolina on March 1, 2016.

In the early months of her tenure, Spellings has completed a statewide tour of all 17 constituent institutions and University affiliates to gain a better understanding of their respective strengths, needs, and potential. In partnership with the UNC Board of Governors, she has launched a new strategic planning process focused on making North Carolina the nation’s leader in affordability, accessibility, student success, economic impact, and excellent and diverse institutions. To that same end, she also has restructured the UNC General Administration to better support and advance these strategic priorities.

Nationally known as an education thought leader and public policy expert, Spellings had most recently served as President of the George W. Bush Presidential Center in Dallas, Texas, where she planned, managed, and implemented programs on economic growth, education reform, global health, and special initiatives focused on women and military service.

Spellings previously served as President and CEO of Margaret Spellings & Company and as President of the U.S. Chamber of Commerce Foundation, where she directed an aggressive competitiveness and workforce-readiness agenda and offered strategic guidance to a number of philanthropic and private sector organizations.

Spellings brought to UNC extensive experience at the highest levels of the United States government. From 2005 to 2009, she served as the U.S. Secretary of Education, overseeing the creation of the Commission on the Future of Higher Education, which recommended a national strategy to guide colleges and universities in preparing students for the 21st-century workforce, and implementing the No Child Left Behind Act (NCLB), a national bipartisan initiative to provide greater accountability for the education of 50 million U.S. public school students. From 2001 to 2005, she was Chief Domestic Policy Advisor for President George W. Bush. Before her service in the White House, Spellings was senior advisor to then-Governor George W. Bush of Texas, led governmental and external relations for the Texas Association of School Boards, and held key positions at Austin Community College and with the Texas Legislature.

Spellings is a graduate of the University of Houston, where she earned a bachelor’s degree in political science. She also received an honorary doctorate and Distinguished Alumna Award from the university in 2006.