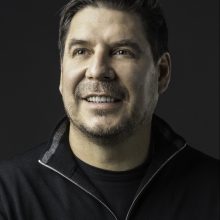 SoftBank Group invests in the world’s most innovative companies that leverage Artificial Intelligence to redefine all industries to improve people’s quality of life. SoftBank Group is comprised of SoftBank Group Corp., a holding company with a portfolio spanning across multiple sectors including telecommunications, internet service providers, AI, asset fund managers, smart robotics, IoT and renewable energy technology providers among others; the SoftBank Vision Fund, the world’s largest technology growth venture fund investing up to $100 billion to power the Artificial Intelligence revolution; and the SoftBank Latin America Fund, the largest venture fund ever in Latin America, investing $5B in technology growth opportunities throughout the region.

In addition, Claure serves as Executive Chairman of Sprint, one of the world’s largest telecommunications companies, providing service to 54.6 million customers in nearly 200 countries around the world. Prior to his role as Executive Chairman, he served as President and CEO for four years and is widely recognized for delivering the best financial results in Sprint’s 120-year history. Sprint is currently undergoing a potential merger with T-Mobile, which will have a combined enterprise value of $146 billion.

Previously, Claure was the founder of Brightstar and built it into the world’s largest global wireless distribution and services company, with operations in more than 50 countries and revenues exceeding $10 billion. Brightstar became the largest Hispanic-owned business in United States history.

Claure is a member of the Board of Directors of SoftBank, Executive Chairman of Sprint, Chairman of Fortress, Vice Chairman of Arm and Chairman of Brightstar. He also runs Club Bolivar, Bolivia’s most popular and successful soccer team and is Chairman and Owner of Club Internacional Futbol Miami (Miami Beckham United), the newest major league soccer franchise.

Claure was named a Young Global Leader by the World Economic Forum, recognized as the Entrepreneur of the Year by several publications, and was appointed to Ernst & Young’s Entrepreneur of the Year Hall of Fame. He was featured in the Carnegie Corporation of New York’s “Great Immigrants: The Pride of America” initiative, recognizing notable contributions by immigrants to the progress of American society.

Claure immigrated to the United States from Bolivia. He received a Bachelor of Science in Economics and Finance and an honorary Doctorate of Commercial Science from Bentley University. He is a member of the 2016 Class of Henry Crown Fellows and Aspen Global Leadership Network at the Aspen Institute. He is also a member of the Presidential CEO Advisory Board of MIT. Claure is married and has six children.