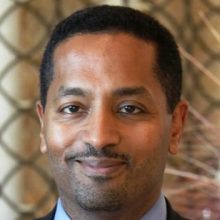 Magdi is an Investment Partner with Omidyar Network in Washington, DC, where he focuses on global strategy and for-profit investments in Digital Identity. ON’s vision is for a world in which everyone has access to Good ID that empowers and protects individuals’ rights to privacy, security, and control in the digital world.

Before joining Omidyar Network, Magdi served for nearly two decades with the World Bank Group (WBG). Most recently, he managed corporate strategy at the International Finance Corporation (IFC), the private sector arm of the WBG. In this role, he supported senior management in putting the private sector at the center of development through a new long-term strategy, disruptive technology strategy, engagement with multilateral development banks, and strengthening the economics function. Previous roles at IFC included Head of Country Engagement, Principal Economist for the EVP and CEO, Manager of Investment Climate Advisory in the Middle East/North Africa (MENA) region, and Principal Economist and Strategist for East Asia. Before his tenure at IFC, Magdi led World Bank private sector development programs in Southeast Asia, Africa, and MENA, and worked in turnaround management consulting.

Magdi received an A.B. from Princeton’s Woodrow Wilson School and an M.A. from the Johns Hopkins School of Advanced International Studies (SAIS).