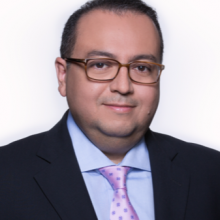 “Luis is an experienced and seasoned executive with a successful track record in both the corporate and government sectors throughout the Americas,” said Cesar Conde, Chairman, NBCUniversal International and NBCUniversal Telemundo Enterprises. “We are excited he will be joining our leadership team.  He will be working closely with the NBCUniversal and Comcast Government Affairs team to further our company’s policy objectives in the United States and Latin America.”