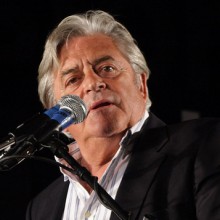 Former President of the Oriental Republic of Uruguay

Former President, Legislator and Senator, Luis Alberto Lacalle Herrara was born in Montevideo on July 13, 1941. As a licensed lawyer, member of Congress, Senator, and Former President of the Republic of Uruguay, (1990-1995) President Lacalle has been recognized for his achievements by the governments of Argentina, Brazil, Paraguay, Ecuador, Chile, and Spain.

He has received honorary degrees from the Hebrew University of Jerusalem, the Complutense University of Madrid, the National University of Paraguay, and the Autonomous University of Guadalajara. In June 1993, President Lacalle was appointed a Knight Grand Cross of the Order of St. Michael and St. George by Queen Elizabeth II of England.

President Lacalle and his wife, María Julia Pou, have three children and five grandchildren. He is a Member of Club de Madrid, Cárter Center, and Friends of Israel.