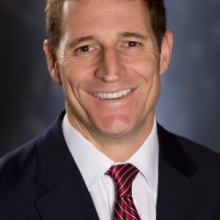 Robert Schroder is Senior Vice President of International Affairs at the U.S. Chamber
of Commerce. He is responsible for managing both long-term strategic initiatives and
the day-to-day operations of the International Affairs Division, the largest international
affairs team of any U.S. business association. With a staff of 80 regional and
policy experts, the division represents the Chamber and its members before foreign
governments, the U.S. government, and international business organizations. Specific
areas of concentration include foreign investment strategies for U.S. companies and
state governments.

Schroder brings more than 20 years of leadership experience to the Chamber.
As a Marine Corps Officer, he served in multiple combat operations throughout
his career as an AV-8B Harrier pilot. From 2009 to 2011, he was the commander of
the “Blacksheep” squadron. Beyond the cockpit, he served as a congressional fellow
for the 107th Congress and from 2006 to 2009, as the Joint Strike Fighter (F-35)
program lead for the Marine Corps. Before joining the Chamber, he was manager
of the Global Posture, Strategy, and Plans team for the Chairman of the Joint
Chiefs of Staff.

In addition to his B.S. from the Naval Academy, Schroder holds M.S. degrees from
the Industrial College of the Armed Forces and the Marine Corps University. He
received his M.B.A. from the Indiana University Kelley School of Business.
Schroder served on the USAA Insurance and Financial Services Advisory
Panel from 2013 to 2016, and currently is on the board of the Marine Corps
Scholarship Foundation. He and his wife reside in Virginia with their four young children.