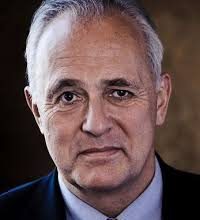 Lord Mark Malloch‐Brown is a former number two in the United Nations as well as having served in the British Cabinet and Foreign Office. He is active both in business and in the non-profit world, and also remains deeply involved in international affairs.

He is a Senior Advisor at Eurasia, engaging with its clients on questions of political risk. He serves on a number of commercial boards for business with global markets. He also chairs Best For Britain, an advocacy group engaged in the debate about Britain’s relations with the EU.

He served as Deputy Secretary‐General and Chief of Staff of the UN under Kofi Annan. For six years before that he was Administrator of the UNDP, leading the UN’s development efforts around the world. He was later Minister of State in the Foreign Office, covering Africa and Asia, and was a member of Gordon Brown’s cabinet. Other positions have included vice-chairman of George Soros’s Investment Funds, as well as his Open Society Institute, a Vice‐President at the World Bank and the lead international partner in a political consulting firm. He also has served as Vice-Chairman of the World Economic Forum. He began his career as a journalist at The Economist.

He chairs or is on the Board of a number of non-profit boards including the International Crisis Group and the Open Society Foundation.

Lord Malloch-Brown is also a Distinguished Practitioner of the Blavatnik School of Government at Oxford University and an adjunct fellow at the Queen Elizabeth Programme at Chatham House. He was formerly a visiting distinguished fellow at the Yale Centre for the Study of Globalisation. He has a number of honorary degrees. He was knighted in 2007 for his contribution to international affairs.

He is the author of “The Unfinished Global Revolution” that casts an autobiographical lens on the state of the world. In 2005 Time Magazine put him on its list of the 100 most influential people in the world. He continues to write, broadcast and lecture about international issues.