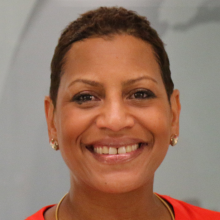 Lisa Osborne Ross is managing director of APCO Worldwide’s Washington, D.C. office. She joined APCO from a 15-year career at Ogilvy Public Relations and, prior to that, at Fleishman-Hillard. Throughout her agency experience, Ms. Ross has held senior management positions and consistently delivered award-winning work for clients, helping to build and strengthen some of the most iconic brands in the United States, including America’s Promise, the United Way of America, Reading Is Fundamental, the Children’s Defense Fund, the United Nations Foundation, Pfizer, Cricket Wireless, MetLife and the USO. She also led several complex public affairs and government relations efforts, having worked closely with governments, such as the Netherlands, Switzerland and Mexico, to advance commercial and diplomatic relations between these countries and American audiences.

Prior to her career in public relations, Ms. Ross served in the first and second terms of the Clinton Administration, specializing in policy development and issues management. During this time, she was communications director for the U.S. Department of Labor’s effort to create and promote high-performance workplaces, deputy director of the bipartisan Federal Glass Ceiling Commission and chief of staff of the White House Office of Women’s Initiatives and Outreach. Ms. Ross also created and directed the Office of Public Liaison at the U.S. Department of Labor under Secretary Alexis Herman.

Ms. Ross also devotes considerable amounts of time to philanthropic endeavors, especially with efforts to build a better Washington and to empower women. She co-founded and led the Washington Area Women’s Foundation, which has raised hundreds of millions of dollars to fund grassroots organizations addressing the critical needs of women and young girls through essential services and training throughout the Washington metropolitan area. She continues to serve on the Foundation’s Honorary Council. She also helped establish a scholarship fund at Howard University for students seeking careers in public relations.

Ms. Ross has served on numerous school boards and commissions including Georgetown Visitation Preparatory School Board of Trustees, Marquette University Centennial Celebration of Women, LeMoyne College School of Communications and the Catholic Charities of America.