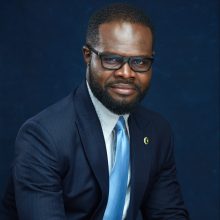 Linus Idahosa is the Founder and Chairman of the Del York International Group; a fast rising conglomerate that consists of companies spanning the Media, Public Relations, Strategic Communications, Security, Vocational Education, Technology, and Specialist Infrastructure Development Industries. Del York International, Del York Infrastructure, Del York Creative Academy (DCA), Del York Technologies and, Del York Global Trading, number among a host of companies operating under the group’s stable with offices in Washington DC, London and Lagos, Nigeria. He is an astute international businessman, social entrepreneur, visionary thought leader and a leading advocate for Africa’s creative economy; he believes and actively promotes the role of creative and vocational skills acquisition in reducing youth unemployment by bridging the skill gap between academia and industry. This conviction led to the establishment of the Del-York Creative Academy (DCA) (https://www.delyorkcreative.academy/), an International School of Film and Media studies which has over the last decade, trained over 5,000 students across the film and creative industry value chain, by way of scholarships and heavily subsidized fees made possible through his personal commitments and partnerships from both Public and Private sector operators. He currently advises and supports governments across Africa in the development of specialized creative economies. He graduated from the University of Benin with a 2nd Class Upper in Philosophy and Public Diplomacy and holds two honorary doctorate degrees from the prestigious London Graduate School, Albion College and the University of Belize, he also holds a graduate certificate in Media and Film from the New York Film Academy. Linus Idahosa was recently appointed founding board member of the George Washington University’s Global ESG Impact Forum. An initiative of the University’s Institute for Corporate Responsibility. He is a member and partner of the Huffine Global Group, a conglomerate of 40 US CEO’s promoting United States business investments across the globe. In a career spanning over 15 years, his organizations have championed various initiatives to drive innovation in Media, Entertainment, Youth Development, and global inclusiveness and in 2020, he was honored as one of the ‘100 Most Influential People of African Descent’ under the United Nations decade for people of African descent. Del York International Group and Del York Infrastructure have partnered and are the lead developer on a multi-million dollar ultra-modern film city project in Lagos, Nigeria. The project is being undertaken in partnership with the Lagos State Government and construction is set to commence in March 2023. Del York’s Media Agency business was in 2021 awarded The African Media Agency of the Year, for its outstanding work on the continent’s media space. Linus Idahosa is the Executive Vice Chairman of GAC Motors Nigeria; a fast growing automobile brand in Africa. He is widely travelled and has been hosted by several Presidents on the African continent and world leaders including the Queen of England, Her Majesty Queen Elizabeth II. He is married to Stephanie Linus, a renowned Actress, Film maker, Director, Producer and UN Ambassador, they are both blessed with two sons, Maxwell and Wesley.