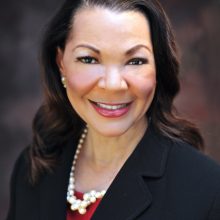 Linda Mercado Greene is the Co-Founder, Chair of the Board, and CEO of BCG Holdings, Inc., incorporated in Washington, DC. The company focuses on the emerging cannabis industry and is active in several national cannabis organizations. Considered a Washington insider, Linda has been very influential in shaping the cannabis industry in Washington, DC and on Capitol Hill working both sides of Congress. She is the Chair of the Board of the DC Medical Cannabis Trade Association, serves on the Board of the Minority Cannabis Business Association, organizing MCBA’s first Congressional Black Caucus Lobby Day, serves on the Steering Committee of the National Cannabis Festival, and is a member of other national cannabis organizations. BCG Holdings, Inc. was recently awarded a license to operate a medical marijuana dispensary in the District of Columbia, in one of the city’s most economically challenged areas void of access to medication. Anacostia Organics held its grand opening and ribbon cutting with DC Mayor Muriel Bowser and Congressional Representative Eleanor Holmes Norton on January 24, 2019 in Historic Anacostia. Linda was also instrumental in identifying that longtime residents and minorities were excluded from the city’s awards of licensing in vast percentages. As well, none of the licensed dispensaries were location in economically challenged communities, which ironically held the largest number of medical marijuana cards. Thus, Linda took it upon herself to give the city an opportunity to amend this oversight by successfully lobbying the Executive and Legislative branches of the city government resulting in emergency legislation, passed unanimously by the City Council and immediately signed by Mayor Bowser. This legislation required the Department of Health to reopen the application process to allow at least two medical marijuana dispensaries to be located in those economically challenged areas with a priority scoring included for minorities, longtime DC residents, and Certified Business Enterprise (CBE) companies. Linda’s company, BCG Holdings, Inc., was the first cannabis CBE company in the District of Columbia. BCG Holdings, Inc. was one of two companies awarded.

Linda is also a nationally and internationally established public relations consultant, strategist, and entrepreneur. Celebrated for her uniqueness, creativity, detailed messaging, planning, she is recognized for her ability to bring together various people and businesses from around the world together for a particular cause. The Linda Greene Group (a subsidiary of LMG Holdings, Inc.) was established in Washington, DC in 1989 providing full-service public relations for local, national, and international clients. Linda’s diverse career spans from serving as a political advisor, strategist, and fundraising consultant to many members of the United States Congress, to planning national events, to representing and providing consultation to African Heads of State, including the late President Nelson Mandela, His Majesty Otumfou Osei Tutu II (Asanthane) and other official delegations, to being a senior executive of an institutional investment firm, to representing many acclaimed entertainment and sports figures. Additionally, she actively serves on numerous nonprofit boards, locally, nationally, and internationally. Linda is known for building binding relationships on both sides of the aisle in the United States Congress, regardless of party affiliation.

She has orchestrated many political victories in her home base of Washington, DC, planned and managed Mayoral Inaugural events, served on Mayoral and Council transition teams, and proudly served as the Chief of Staff to The Honorable Marion Barry. Mayor Muriel Bowser appointed Linda to serve to the Historic Preservation Review Board which was unanimously approved by the Council of the District of Columbia.

Linda has appeared on many television broadcasts and has been profiled in numerous magazines and newspapers. Amongst her many honors are the selection of MEA Magazine as one of the top “50 Women of Influence and Power”, The Council of the District of Columbia Government’s Linda Greene Recognition Resolution for “her many years of outstanding public service and her stellar contribution to the District of Columbia”, and listings in “National’s Who’s Who in Executives and Professionals and “Who’s Who in Black Washington”.