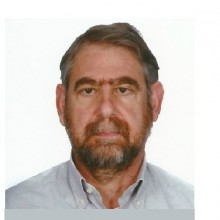 Leonidas Pantelides was born in Nicosia, Cyprus in 1953.
He was educated in the US and the UK and holds a PhD degree in Philosophy.
Leonidas has been serving in the Diplomatic Service of the Republic of Cyprus for over 30 years and has served as ambassador to Sweden, Greece, Russia, the UN at Geneva and since 2016 to the United States. He has also served as Director of the Diplomatic Office of the President of the Republic and as Director of Middle East policy.