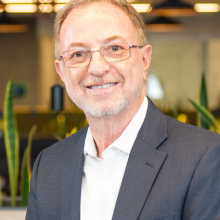 Mr. Teicher was President and CEO, between 2006 and 2012, of Cerrejón Coal Ltd., then Colombia’s largest private coal producer and exporter and one of the largest integrated mining companies in the world with mine-railway-port and marketing operations. While at Cerrejón, Leon was the initiator, founder and first Chairman of the Board of the “Large Scale Mining Sector”, SMGE, in Colombia, which later merged into the ACM, the Colombian Mining Association, and founder and first Chairman of the Cerrejón Foundations, a system dedicated to the promotion and development of long term social, economic, environmental and institutional sustainability of the region and of the business. Throughout his career, Mr. Teicher has held leadership roles in both the mining and high-tech industries, including as general manager of various regional and country operations in LatAm for Unisys Corporation, a global information technology company. He founded and was CEO of Xeon Technology Corp., a software development company in Vancouver, Canada. He is currently a member of the boards of Continental Gold (Chair), Cementos Argos, Universidad de los Andes, Fedesarrollo, Fundación Ideas para la Paz (Chair) and of the America’s Council of Conservation International, GDIAM (an interdisciplinary dialog group on mining policy in Colombia) and the Business Council for the Pacific Alliance (Mexico, Colombia, Peru and Chile).

Mr. Teicher holds an MBA from Stanford University and a bachelor’s degree in Industrial Economics from Universidad de los Andes in Bogotá, Colombia. A dual citizen of Canada and Colombia, Leon split his time between the two countries.