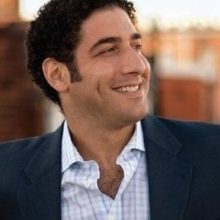 Lee Brenner is Chief Strategy & Engagement Officer at the Global Blockchain Business Council (GBBC), the world’s leading trade association for the growing blockchain technology ecosystem. Launched at the World Economic Forum at Davos in 2017, the GBBC is an industry- led, Swiss-based non-profit dedicated to furthering adoption of blockchain technology through engaging and educating business leaders, regulators, and global decision-makers on how to harness this groundbreaking tool to create more secure, equitable, and functional societies.

During the early days of social media, Lee was Politics & Cause Marketing Lead at MySpace at its height of popularity, working closely with organizations like the innovative 2008 Obama Presidential campaign. Lee was also an Executive Producer of the groundbreaking MySpace- MTV Presidential Dialogues. Before MySpace, Lee was a Senior Editorial Producer at CNN in New York and Washington, DC, where he produced live TV interviews with heads of state and other global newsmakers.

With a desire to use technology for social good, whether in government, civil society, or non- profits, Lee has tried to maintain that integrity during his career. Lee was a Term Member of the Council on Foreign Relations for 5 years; he sits on the Board of Advisors of Why Tuesday?, a voting rights organization; and he sits on the Technology Board of Advisors to Atlas Corps, an organization that brings technology & social innovators from around the world to train in the United States.

Lee earned his Masters degree in International & Public Affairs at the University of Hong Kong and did his undergraduate work at Tufts University. He is currently based in Washington, DC, with his wife and twin children.