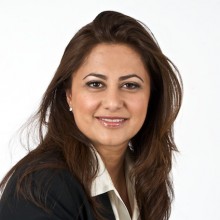 Krishna R. Patel currently serves as General Counsel and Director of Justice Initiatives at Grace Farms Foundation, a private operating foundation located in New Canaan, Connecticut. In her role as the Justice Initiative Director, Krishna is an active strategist combating human trafficking on the global, national, and state levels.

Across a distinguished legal career spanning over fifteen years, Krishna served as a federal prosecutor from 1999 until 2015. Since joining Grace Farms, Ms. Patel has been at the center of organized actions against human trafficking in the State of Connecticut. She helped draft amendments to strengthen Connecticut’s existing anti-trafficking laws, (effective May 17, 2016) and to deploy innovative data platforms for national law enforcement. Ms. Patel has also worked with the private sector, academia, and government to create and innovate programs that provide high-level training for hotel and motel staff throughout Connecticut. On an international level, Ms. Patel worked with the United Nations University and others to convene over 100 global experts during a two-day workshop to explore how the United Nations Security Council can help strengthen the international response to trafficking by non-state terrorist groups. In September 2016, Ms. Patel participated in a panel at the United Nations to launch the report that captured the ideas discussed at the workshop which informed the language in the December 2016 Security Council resolution to combat trafficking.