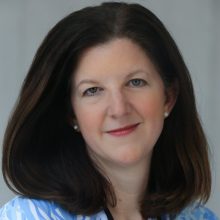 Ms. Breier previously was the founder and Director of the U.S.-Mexico Futures Initiative, and the Deputy Director of the Americas Program at the Center for Strategic and International Studies (CSIS). She was for 5 years Vice President of a consulting firm, leading country risk assessment teams for private clients in Mexico, Argentina, and Chile.

In addition to private sector and think tank experience, Ms. Breier served for more than a decade in the U.S. intelligence community as a political analyst and manager, primarily focused on Latin America.

From January 2005 to June 2006, Ms. Breier served at the White House in the National Security Council’s Office of Western Hemisphere Affairs, first as Director for Brazil and the Southern Cone, then as Director for Mexico and Canada, and also as an interim Director for the Andean region.

Prior to government service, Ms. Breier was a senior fellow and director of the National Policy Association’s North American Committee—a trilateral business and labor committee with members from the United States, Canada and Mexico.

Ms. Breier holds an M.A. in Latin American studies from Georgetown University’s School of Foreign Service and a B.A. in Spanish from Middlebury College. She is a native of Massachusetts.