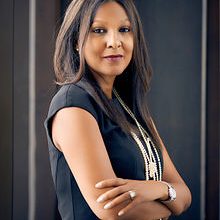 Mrs. Kim Simplis Barrow is the wife of Prime Minister of Belize, the Right Honorable Dean Barrow and mother to her only child, Salima Barrow. Mrs. Barrow is Belize’s Special Envoy for Women and Children and the founder and director of one of Belize’s most acclaimed charity organisations, the “Lifeline Foundation,” which strives to improve the quality of life for the children of Belize. She started the Foundation after transitioning from a distinguished career in both the domestic and international tourism industry.

In the vitally important role as Executive Director for the Belize Tourism Industry, she made numerous invaluable contributions to the strategic development as well as the implementation of the long term roadmap for Belize’s tourism industry.  Using her international contacts and experience she facilitated valuable partnerships that have greatly enhanced and benefited the growth and development of the tourism industry.  She was the first to coordinate national communications among the various stakeholders in the tourism industry by launching a magazine called “Tourism Voice.”  Prior to this position, she served as Marketing Director for the popular Fiesta Inn Hotel properties in Mazatlan, Cozumel and Belize.

In September of 2008, Mrs. Simplis Barrow was appointed by Special Olympics International as a Global Ambassador for the Special Olympics movement, joining the ranks of well known international personalities like Her Serene Highness The Princess of Monaco Charlene Wittstock and Vanessa Williams.    This is the first such honour accorded to a Belizean. That same year she was designated by the government as Belize’s Special Envoy for Women and Children. In 2015, Mrs. Simplis Barrow was also named Goodwill Ambassador for the Commonwealth Youth Gender and Equality Network (CYGEN) by the Royal Commonwealth Society.

Being appointed as the Global Ambassador for Special Olympics and Special Envoy for Children and Women were natural fits for Mrs. Simplis Barrow, who has worked tirelessly and passionately for many years as a community activist and advocate for the rights of children.  Her passion is exemplified by her strong commitment and dedication to these special platforms and to Lifeline Foundation, which in a small economy still raises tens of thousands of dollars annually to aid disenfranchised children.  Her Foundation has championed many causes, but her primary focuses have been on children living with HIV/AIDS, support to children outside of familial care settings and nutrition programs for children.

As Special Envoy for Women and Children, Mrs. Barrow is the Belizean champion for children, undertaking projects big and small and working primarily in collaboration with the Ministries of Health and Human Development, the National Committee for Families and Children and local non-government organisations in advocating for the passage of legislation and the development of social policies and programmes that promote and protect children’s wellbeing.

Over the past 8 years Mrs. Simplis Barrow has been very successful in putting the subject of the commercial sexual exploitation of children squarely in the domain of public discourse and action. She has hosted national conferences to raise awareness on the subject and successfully advocated for the passage of legislation on the commercial sexual exploitation of children and human trafficking as well as the passage of amendments to the criminal code for stiffer penalties for all perpetrators of sexual violence against children.

In 2013 Mrs. Simplis Barrow embarked on a public education campaign titled “My Body is Precious” that seeks to empower children and adolescents with information on sexual abuse and exploitation. She has co-author two books as a part of the campaign. The first was a child friendly book on sexual abuse prevention that targets 6 to 10 year olds. This book was launched in April, 2013 and resulted in a countrywide tour that included the dramatization of the book and a song. Animated videos of the My Body is Precious books were later produced in English, Maya and Garifuna and were launched in 2015. The second book targets adolescent girls and was distributed at a countrywide Girl Empowerment speaking tour that was launched in early 2014.

Mrs. Simplis Barrow expanded her call to end sexual abuse and exploitation against children to include all forms of violence against. A National Stakeholder Conference to End Violence Against Children was held in November 2013 that resulted in a roadmap that will chart the way for a comprehensive, coordinated and multi-sectorial response to violence against Belizean children and adolescents.

In early 2013, Mrs. Simplis Barrow initiated the construction of two much needed facilities designed to improve the lives of some of Belize’s most vulnerable children. The first of these facilities is The Inspiration Center, which opened its doors in March, 2014 and now provides integrated care services to poor children with disabilities. The other facility is a   Paediatric Intensive Care Wing at the national referral hospital which was completed in October 2015. The construction of both of these multi-million dollar projects were financed by Mrs. Simplis Barrow’s local and international fundraising efforts. She has managed to inspire and mobilise the general public in Belize to donate to these causes though her Inspiration Telethons, the first of which raised a million dollars in one day for the Inspiration Center.

Both the Inspiration Centre and the Paediatric Intensive Care Wing are the only one of their kind in the country.

In her direct work with civil society, Mrs. Simplis Barrow co-sponsored a Leadership Conference for Youth in conjunction with the Petter’s Research Institute directed by the world renowned Duke University Professor, Dr. Arlie Petters, to develop the new generation of Belizean Leaders.  She has also served as a Director for the Liberty Children’s Home, a member of the Belize Humane Society and the Development Committee for Hand in Hand Ministries, an organization dedicated to building low income housing.

Mrs. Kim Simplis Barrow was diagnosed with stage 3 breast cancer in October 2011. Instead of withdrawing and privately coping with her illness she parlayed the fight for her life into an incredibly successful campaign to increase public awareness on cancer and reduce stigma and discrimination by going public.  During this time, Mrs. Barrow worked closely with the Belize Cancer Society to increase cancer awareness among the local population by hosting cancer forums and talking about her own diagnosis. Many people have professed undergoing cancer screenings as a result of her public struggle and the strength she showed in her fight against cancer.

In October, 2013, which was observed as Breast Cancer Awareness Month, Mrs. Barrow continued her advocacy with the Paint Belize Pink Campaign. This national awareness campaign was a great success as numerous businesses and government offices mounted large pink ribbons on their buildings to bring heightened attention to breast cancer and the message that early detection saves lives. Individuals and households also joined by lighting pink candles in honor of those who lost their lives, lighting the outside of their homes with pink bulbs in a show of solidarity with persons still battling cancer and wearing pink in celebration the survivors. When she lost her hair during chemotherapy, the students of the University of Belize held a “Baldmiration Campaign” and many shaved their own heads in solidarity. Throughout her treatment, she never discontinued her advocacy efforts and activities on behalf of Belize’s children and counts 2011 as one of her most successful years.

Mrs. Kim Simplis Barrow’s biggest international undertaking was the First Ladies Global Call to Action Conference to sustainably strengthen womens’ and girls’ financial health. The side event at the 69th United Nation’s General Assembly brought together influential, transformational women leader and provided a unique opportunity for partners to chart a progressive way forward on behalf of our women and girls.

Prior to the UN side event, Mrs. Simplis Barrow hosted a National Call to Action Conference on Women and Girls’ Financial Health in Belize on August 29th, 2014, focusing on the situation of women entrepreneurs throughout the country. The event was an information gathering exercise to create the foundation upon which an economic empowerment program to provide technical and financial support to women entrepreneurs is being developed. This event was held under the 20,000 STRONG Women’s Empowerment Campaign, which was launched in 2014 with a national rally. Other 20,000 STRONG activities included a countrywide consultation to identify the challenges and opportunities of women entrepreneurs, the MILESTONE Photography Exhibit and Weekly social media features on women trailblazers.