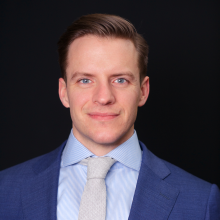 Kevin Wenzel is Concordia’s Director of Global Programming, overseeing the partnerships that inform, support, and enhance Concordia’s programming. From the flagship Annual Summit, to regional events, private dinners, and virtual roundtables, Kevin ensures that Concordia’s established year-long Programming Partnerships are truly partnerships for social impact. He previously served as the Director of Programming for the 2017 and 2015 Summits and assisted in the execution of the 2016 Summit.

In addition to his work at Concordia, Kevin has built a career in the social impact sector, focusing on strategic partnership design, program implementation, and high-level stakeholder engagement, working with organizations such as EY, CARE, Ford Foundation, UNDP, Breakthrough, and the US State Department. Kevin was previously the Executive Director of MIMA Music, an international music education nonprofit he was involved with after his time teaching at a high school in East Harlem. Kevin has a degree from Saint Louis University in Sociology, Spanish, and International Studies.