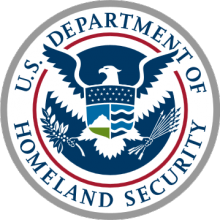 Kenneth Kennedy started his federal career almost thirty years ago when he began working at the U.S. Embassy in Moscow processing refugee applicants from the Soviet Union under the Lautenberg Amendment. After that, he spent over twenty years as a Federal Agent working on national security investigations, and later as his agency’s representative to the Law Enforcement Policy SubGroup and the Migration Experts SubGroup of the G-8. He also managed the Law Enforcement Significant Public Benefit Parole Branch. Following that, he served as the Deputy Chief of Staff to the Executive Associate Director of Homeland Security Investigations for several years. He now manages the U.S. Immigration and Customs Enforcement Forced Labor Program, a position that he has held for more than four years. During that time, he has developed and expanded the program into new enforcement areas while conducting outreach and opening discussions to build a comprehensive and just enforcement model that recognizes the concerns of the business community, civil society groups, foreign governments, and other U.S. government agencies, while still balancing both human rights and trade concerns.